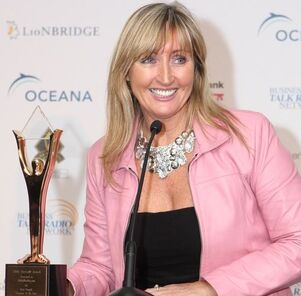 Sandy Forster
Sandy feels she’s been truly blessed to have some amazing experiences in her life so far. Met her boyfriend at 16, married him 11 years later and divorced 3 years after that (became a single mum and ended up with $100,000 of debt and on welfare) then discovered the Law of Attraction, became a master at manifesting and turned it all around.

She’s climbed to the highest camp on Mt. Kilimanjaro, meditated in complete silence for 10 days, watched the wildebeest migrate across the Serengeti, trekked the Inca Trail to Machu Picchu, dived with dolphins in Hawaii, wandered markets with Moroccan nomads in the High Atlas, white water rafted down the Zambezi and was helicoptered off Mt. Everest where she almost died trekking to Basecamp.

She’s swum in Sacred Mayan underground caves, flown by helicopter over Victoria Falls, danced with Masai tribesmen in Kenya, traveled to over 52 countries, gone from welfare to millionaire, written a bestselling book, won multiple business awards, is host of the popular podcast Wildly Wealthy Women and been personally invited by Jack Canfield to be a member of the world’s most awesome group of transformational leaders, experts and authors on the planet!

Sandy loves showing women anything is possible.. and then empowering them to break through their blocks, manifest more money and create a life they’re truly passionate about.

The books KA recently read and the current one she is reading.
They're fantasy, sci-fi, dystopian which are KAs favorite genres to read!
*Sword in the Storm (book 1 of the Rigante Series) by David Gemmell
*Binti by Nnedi Okorafor
*The Poppy War by R.F. Kuang

*These are affiliate links. You are under no obligation to use them, however if you do, they don't cost you anything and KA gets a couple of cents. Thank you!
Want to make my day? Please review the AUA Podcast or share it with a friend!

Thank you so much for being here 🥰​
​KA
Here are the AUA podcast links:
Apple
Overcast (this is my preferred player)
Spotify
​Google
Podbean
You can find all the show-notes here!
x

This is where you'll be notified of some bloggings, podcast episodes and my upcoming classes at discounted prices!